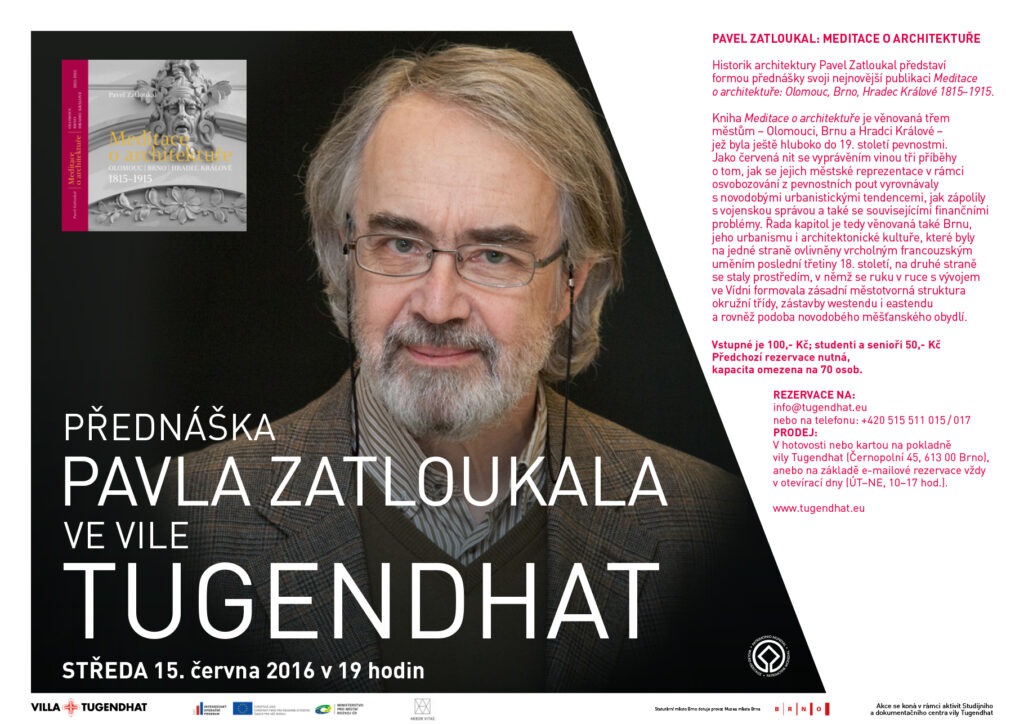 The book Meditation on Architecture is focused on three cities – Olomouc, Brno and Hradec Králové – which were still forts well into the 19th century. The red thread of the book is based on three stories about how their municipal representatives tackled the liberation from the bondage of fortification and how they coped with modern urban trends, struggled with the military government and related financial challenges. A number of chapters is also devoted to Brno, its urbanism and architectural culture, which was on one hand influenced by French art crowning the last third of the 18th century, on the other hand, it has become the environment, which – hand in hand with the development in Vienna – formed a major city-shaping ring road structure, buildings of the East End and West End, as well as the modern form of middle class dwellings.

The book has 516 pages and 597 mostly colour illustrations.

Prof. PhDr. Pavel Zatloukal (1948, Olomouc) studied art history at the Philosophical Faculty of Palacky University in Olomouc, later he was employed in Olomouc Gallery of Fine Arts (now the Museum of Art in Olomouc), which he had led as director since 1990. Now retired, he lectures at the Faculty of Arts, University of Ostrava. He focuses on art and culture in architecture, specializing in the 18th–20th century. In 2003, he was awarded for the book Tales from a Long Century, Architecture in 1750–1918 in Moravia and Silesia with the highest award in the Magnesia Litera competition.

The lecture takes place on Wednesday, 15th June 2016 at 7 p.m.
(a tour of the villa is not included in the lecture)