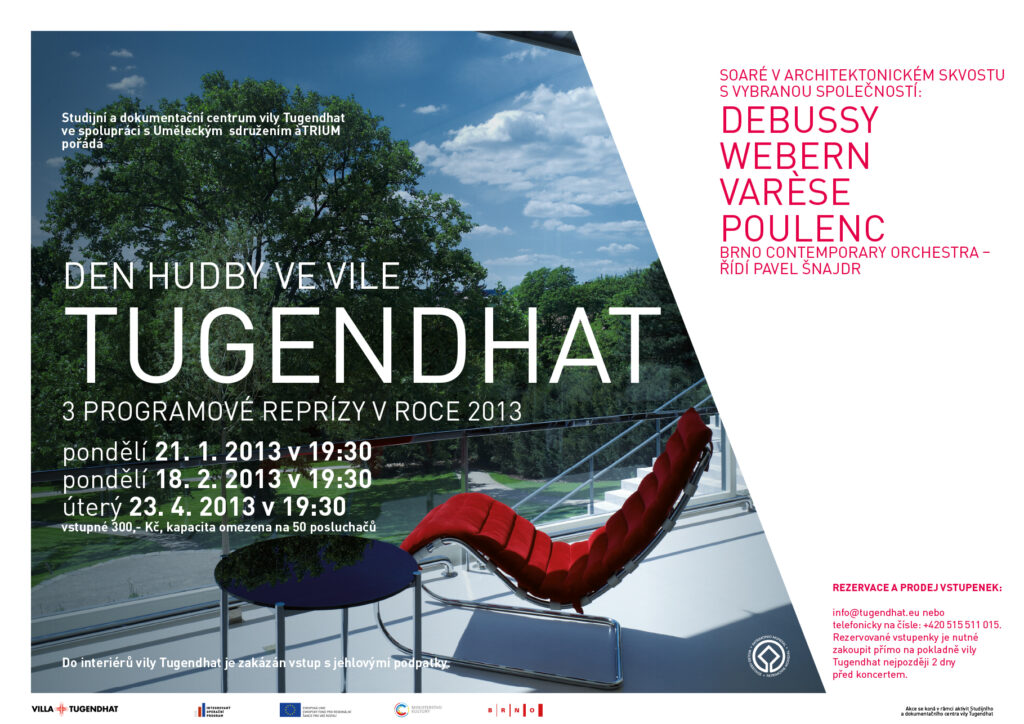 In light of the success and immense interest on the part of the public, the Study and Documentation Centre of Villa Tugendhat has decided to organise repeat performances of the Music Days in Villa Tugendhat in 2012 and  2013.

Listeners will have the opportunity to enjoy a selected repertoire of classical music from the 1930s and 1940s (Strauss, Debussy, Schönberg, Webern, Varèse, Honegger, Poulenc) as performed by the Brno Contemporary Orchestra under the direction of Pavel Šnajder, directly at the onyx wall in this Brno architectural treasure.

The capacity is limited to 50 audience members in light of the size of the space.

High-heeled shoes are not allowed in the interiors.