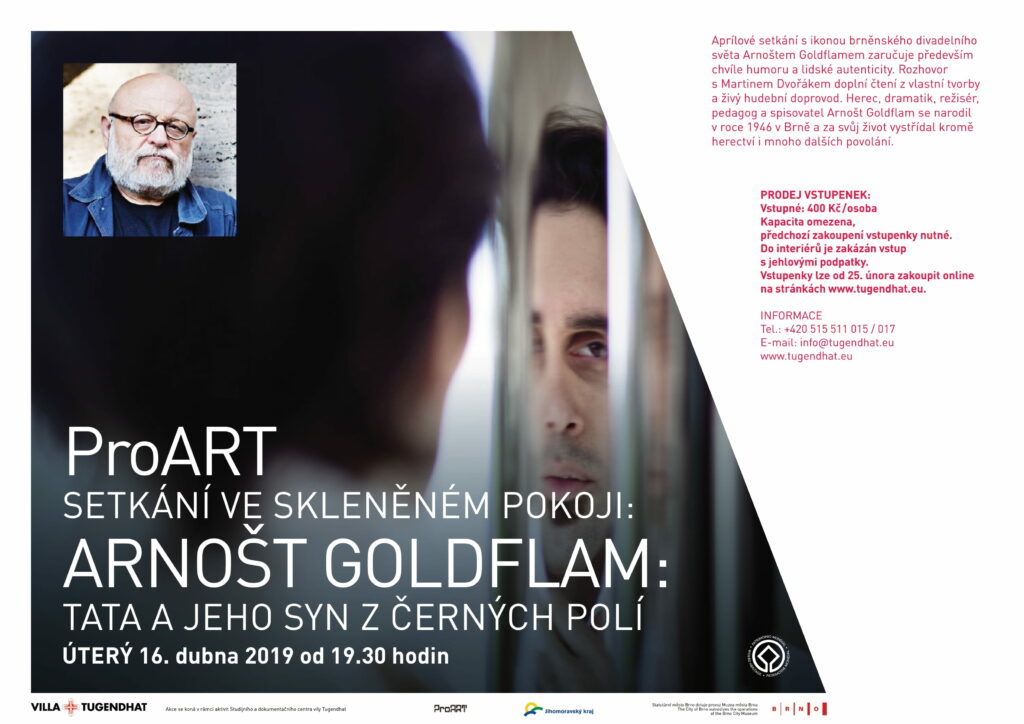 An April meeting with an icon of Brno theatre world, Arnošt Goldflam, guarantees moments of humour and human authenticity. A conversation with Martin Dvořák will be accompanied by readings from his own works and live music. Actor, playwright, director, educator and writer Arnošt Goldflam was born in Brno in 1946 in a Jewish family. He studied medicine but did not graduate. He gradually worked as a founder, core worker and a budget accountant. During his acting studies at JAMU in Brno, he landed minor theatrical roles, later he worked in the Brno theatres Večerní Brno and Divadlo X, in Divadlo na provázku and in HaDivadlo. In the 1980’s he began to be cast into smaller film and television roles. He found the greatest acclaim as Arnošt in the film ‘The Legacy or Kurvahošigutntag’ and as Lustig in the fairy-tale ‘Lotrando and Zubejda’. He is involved in theatre directing, writing children’s literature, and works as a professor at JAMU and DAMU academies of arts.

Admission: 400 CZK / person
Capacity is limited, advance ticket purchase required.
Tickets can be purchased online from 25 February at www.tugendhat.eu.
Stiletto heels are not permitted in the interior.

A poster can be downloaded here.