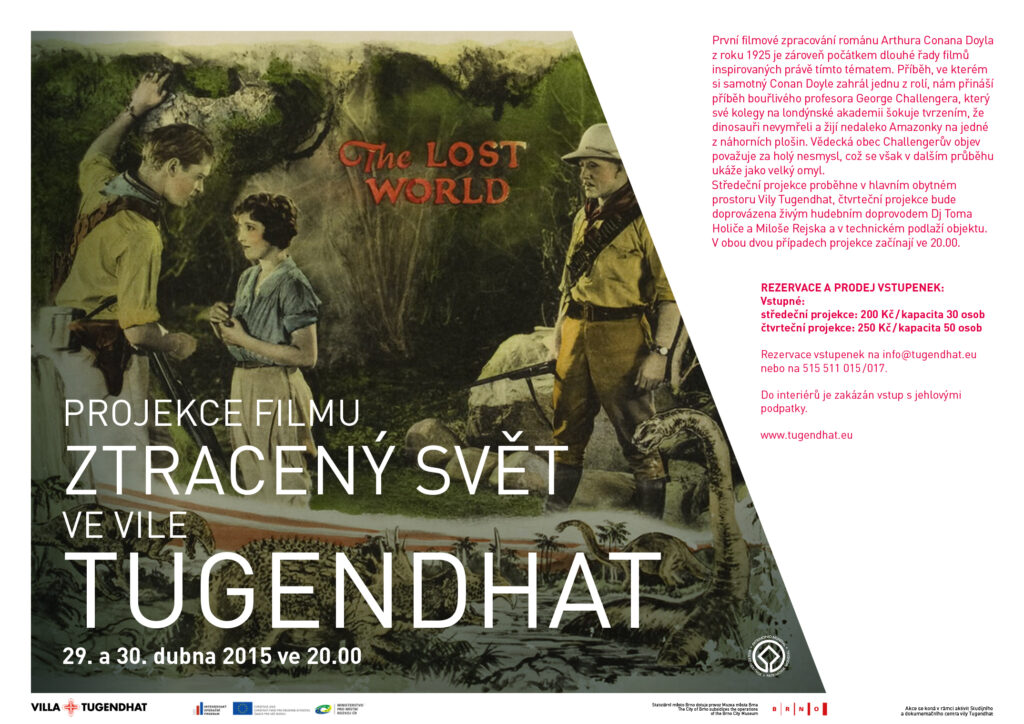 April screenings at the Villa Tugendhat will be devoted to the American film The Lost World from 1925. The film which is the first film rendition of the novel by Arthur Conan Doyle, brings us the story of the turbulent Professor George Challenger who shocks his colleagues at the London Academy by a claim that dinosaurs were never extinct and they live near the Amazon River on one of the plateaus. The scientific community considers Challenger’s discovery nonsense, which, however, proves to be a big mistake.