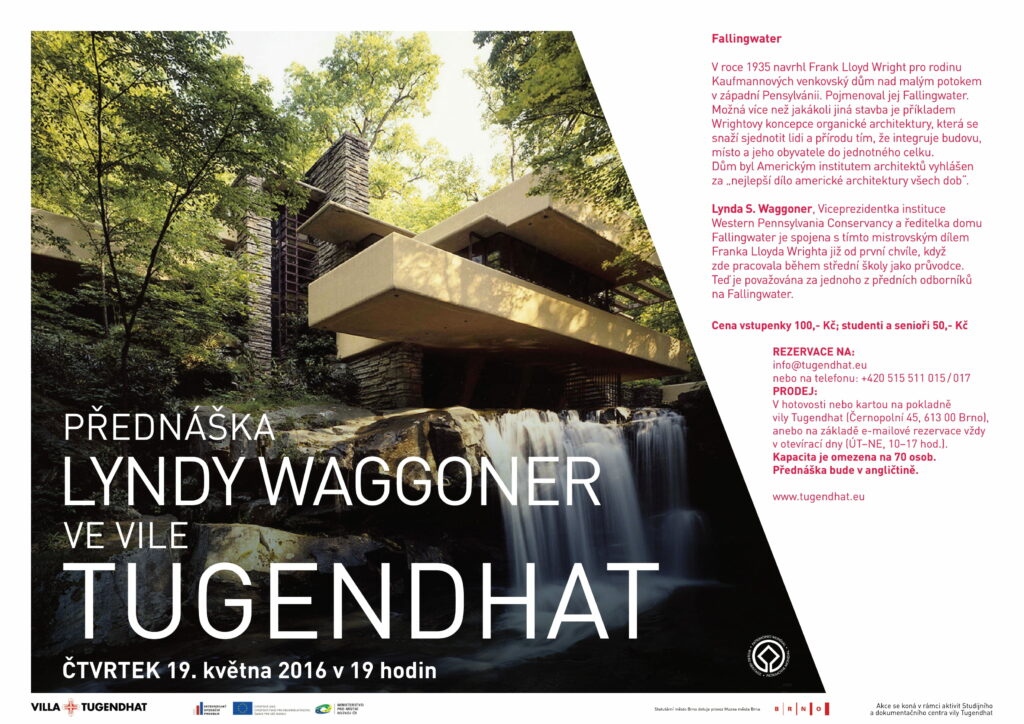 In 1935, Frank Lloyd Wright designed a country house for the Kaufmann Family over a small stream in Western Pennsylvania. He named it Fallingwater. It remains one of Wright’s most acclaimed buildings. Fallingwater, perhaps more than any other building, exemplifies Wright’s concept of ‘organic’ architecture, which seeks to harmonize people and nature by integrating the building, the site, and its inhabitants into a unified whole. It has been named “the best all-time work of American architecture” by the American Institute of Architects. And today, the iconic image of the house over the waterfall, remains a testament to a great architect working at the height of his career.

Lynda S. Waggoner, Vice President of Western Pennsylvania Conservancy and Director of Fallingwater, has been affiliated with the Frank Lloyd Wright masterwork since first serving as a tour guide during her high school days. She now is widely regarded as one of the nation’s foremost authorities on Fallingwater.

“Lynda Waggoner understands Fallingwater in a way that few others alive do… because she is a direct link to the Kaufmanns and an indirect link to Wright,” wrote American Institute of Architects member Robert Bailey in a review of Waggoner’s book, “Fallingwater: Frank Lloyd Wright’s Romance with Nature.”

Waggoner is a founding board member and past president of the Frank Lloyd Wright Building Conservancy, Chicago, and currently serves as Vice President and chair of its development committee. She is also a member of the board of the Iconic Houses Network based in Amsterdam, Netherlands.

The lecture will be in English.

A poster for the lecture can be downloaded here.